Since our last project update, there are many things to report about the progress of the evaluation of AMIHS!

Interviews with relevant peak organisations and statewide policy and program areas have started and will continue in the coming months. Organisations that will be invited to participate include

We are also excited to announce that case study site visits have kicked off, which are an important part of the qualitative data collection process.

Six case study sites were selected and confirmed through discussions with the Evaluation Advisory Committee and the Cultural Reference Group. The first part of the evaluation found five main ways that AMIHS is being delivered across NSW. The case study sites were selected based on these main service models. Other important factors were considered too, such as ensuring a mix of urban, rural and remote sites and including sites with high and low birth numbers.

The aim of the case studies is to identify and describe the ways that AMIHS is being implemented. At each site, interviews with clients, staff and stakeholders will also explore experiences and perspectives of AMIHS.  We hope that the information collected will provide a deeper understanding of how stakeholders feel about AMIHS, how the program has contributed to the health and wellbeing of clients, and what are the most (or least) useful aspects of the program.

The six case study sites are:

Site Specific Assessment approvals are needed to undertake research in local health districts (districts). The process for approvals has taken some time but we are pleased to announce that things are now moving quickly with approvals confirmed for five districts and one approval pending (as at February 2018). 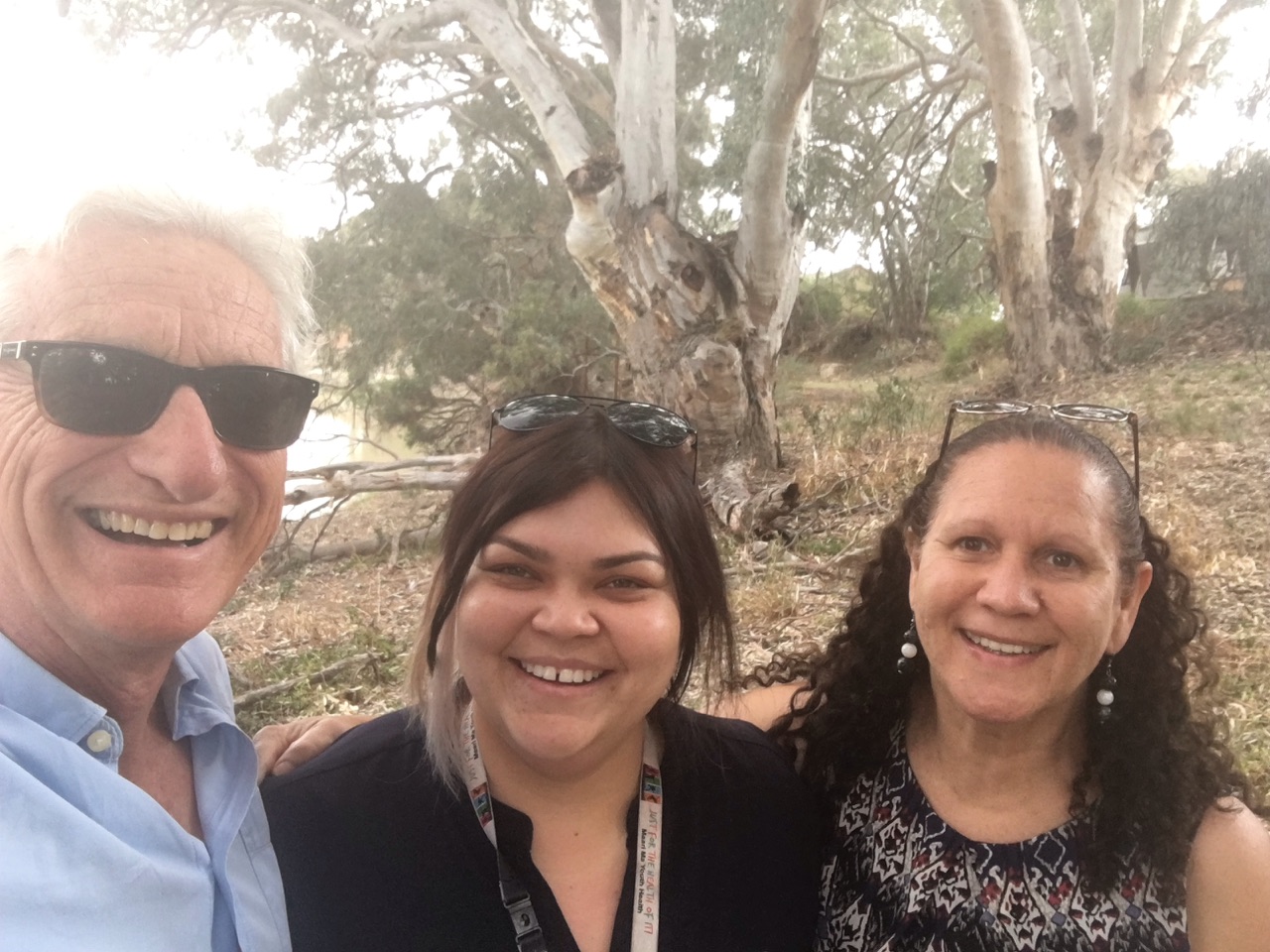 In the first week of February 2018, Kate Kelleher and Lee Ridoutt visited Parkes AMIHS and the surrounding area.

At each of the sites the team consulted with a wide range stakeholders including:

The data collected provided an invaluable insight into the workings of the AMIHS program in each of the locations and the way each particular service model operates more generally.

Thank you to all who gave their time to be interviewed and those who helped coordinate the consultations.

We are now working with each of the remaining sites to coordinate dates and consultations with participants for site visits during March, April and May 2018.

Exciting progress is also being made with the analysis of the AMIHS Data Collection (AMDC). Analysis of the AMDC data has examined whether there is a detectable difference in health outcomes between mothers and babies who attend an AMIHS program and those that access a mainstream maternity service.

The team is now analysing MCHR data (which includes long term data from the Perinatal Data Collection), which will allow us to further examine outcomes for clients using a time series analysis.

The final part of the evaluation is an economic evaluation of AMIHS.  This will involve:

Development of a detailed methodology for the economic evaluation is underway. More news about this component of the evaluation will be provided in the next update.

If you haven’t already signed up, you can also join the mailing list to receive regular updates about the evaluation.